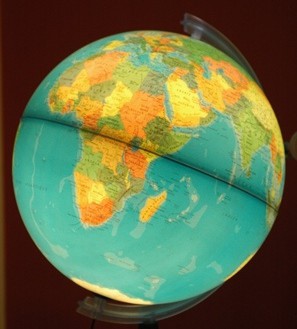 A brief by Elise Baudelet, junior expert in territorial marketing at CAAC

This October 31th 2014 is the inaugural ‘World Cities Day’. The United Nations General Assembly initiative is expected to promote the international community’s interest in global urbanisation and to encourage cooperation between countries in working towards sustainable urban development.

Indeed, urbanization is a universal trend as well as an inevitable process for countries to advance modernization. This year the Day is under the theme ‘leading urban transformations’ and aims to highlight the issues cities could overcome in order to achieve a sustainable development.

Cities are recognized as a major challenge for the future of societies. Recognition for cities through awards has increased over the last few years (eg: The Bloomberg Mayor Challenge, European Green Capital, European Capital of Culture, World Mayor Prize, CAAC’s Atlantic City of the Year Award) and so, the World City Day continues to outline the growing concern about cities.

As to spot the first World Cities Day, UN-HABITAT in collaboration with Guardian Cities has launched the ‘World Cities Day Challenge’. The competition wishes to gather the best ideas from cities around the world and will recognise the most inspiring and innovative idea, pioneered by a city, those other cities should adopt.

If you are interested in cities and urban challenges, don’t hesitate to share and make the most of this Day!