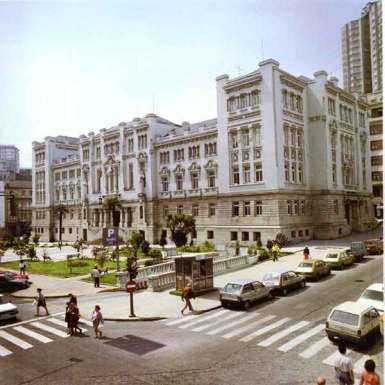 A brief by Elise Baudelet, junior expert in territorial marketing at CAAC

Rennes and Saint-Malo have done a co-branding partnership to improve their tourism strategy. Two other Atlantic cities have recently signed a similar convention, but at a transnational level: A Coruna and Porto have recently agreed on developing common projects.

In March, both mayors have signed a protocol of friendship aiming to boost joint actions for their respective tourism promotion so, through various campaigns of tourism, CAAC president, A Coruña will be promoted in Porto, and vice versa.

These local authorities have also planned to carry out other actions to improve awareness on their cities. Indeed, in a press conference, the Mayors explained their will to strengthen ties and their aspiration to join projects in various fields, such as new technologies, tourism, cultural and environmental areas.

Moreover, they want to work on “a common agenda for European projects” in order to go a step further with this cooperation through a participation in calls scheduled for late this year relating to new technologies and, in particular, to smart cities.

Both Atlantic Arc towns want to combine their efforts in order to improve the visibility of their city mainly outside of Europe. As President of the CAAC and President of the Commission Creative Cities, A Coruna, is already involved in cooperation projects at a European level.

This type of partnership shows that collaboration is fundamental for consolidating cities in an increasingly competitive environment. Indeed, cities with similarities such as size, competitive advantages or issues gain when sharing and exchanging good practices as they produce scale economies and find synergies.