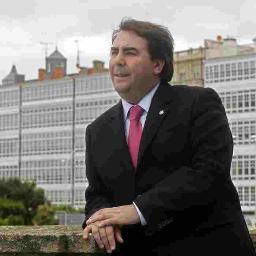 Carlos Negreira, Mayor of A Coruna and CAAC President

Last July 3 and 4, 2013 the Conference of Atlantic Arc Cities (CAAC) held its fourteenth General Assembly in Saint Nazaire (Loire Region, France.) This network, created in 2000, brings together one hundred Atlantic Arc local entities around a clear goal, to defend the Atlantic urban model, recovering the balance between East and West in the European Union.

The Atlantic Day of Saint Nazaire, entitled, “Atlantic Cities, engines of European development” brought together more than seventy people in their workshops. The thematic part highlighted the role of the Atlantic actors in European development, through initiatives such as the Atlantic Strategy, MoS or cooperation projects, as Know Cities or Jobtown. Interventions agreed on the need to take into account the direct participation of citizens, as a fundamental condition of success. Hence the meeting closed with the presentation of CAPEA, a CAAC project to enhance citizens’ dimension in Atlantic policies.

All General Assemblies have a statutory part, and this was especially significant, because after four years of intense mandate of Philippe Duron, Mayor of Caen and MP of the French National Assembly, the network had to choose a new president. CAAC is a network of political vocation that undertands the presidency as the visible head and a engine for action. Also, the mandate is rotated between the five countries of the Atlantic Arc. Vice-president until that moment, the candidacy of Carlos Negreira, Mayor of A Coruña, was doubly contributing to that rotation. Not only as a Spanish city, but as an active member of Eixo Atlantico, the city’s proposal encompassed the euro-region Galicia-North, and, therefore, two Atlantic countries at a time. A fundamental idea taking into account that Portugal has never had the presidency of the network.

The new president will face Atlantic major challenges. In the next ten months all the rules of EU policy must not only be decided, but also put into operation. Essential to the Atlantic cities, the establishment of the Atlantic Strategy and an Action Plan which should strengthen its urban dimension. Similarly, the President has to make sure that cities are decisive in the Operational Programmes, both in the regional side and for the transnational and cross-border cooperation. In this regard, the Conference of Atlantic Arc Cities assumes its role as the Forum of the cities in the five countries involved, translating the needs from the ground in proposals  to EU institutions.

In this context, A Coruna has presented an ambitious project, according to these challenges and the mission of the CAAC. Thus, this application will, through intensive and coordinated use of new technologies, create a support system and foster synergies from the local world to promote the economic development in all territories present in the Network. In  a masterful exercise of consensus and synthesis between the concerns and expectations of the members, the Galician city has managed to draw an integrated program that captures the essence of the network and its cornerstones  like Tourism, Business Innovation, Transportation, Sustainable Development and Digital Development.

Approved unanimously, the candidacy concludes with what could be the motto of the network in the coming years: “We intend to help design a prosperous future for the Atlantic. We want to be the main actors of our own destiny. We realize that “ain’t favorable wind for the one who does not know where he goes.” Our Atlantic Arc cities must be the Pleiades that help illuminate the path of the old and new strengthened Europe “.