The CAAC working group on Ports represents a new step on the network’s strategy, as Atlantic Cities have decided to look back to the Sea. From the organisation of the Maritime Day in 2010 in Gijon to the Governance Package of the Portonovo project (coordinated by Cherbourg), many factors contributed to the success of this working group, brillantly coordinated by Saint Nazaire Agglomeration in the person of CAAC Secretary-General, Charles Nicol. 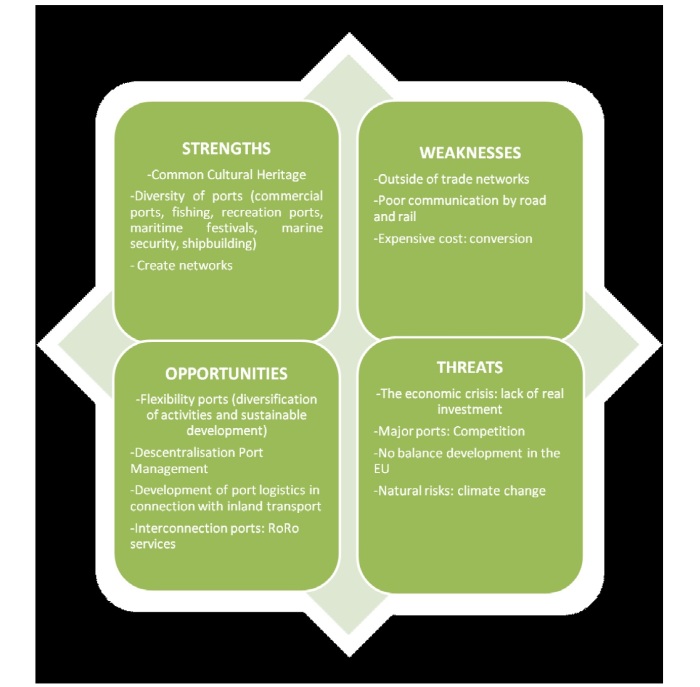 Atlantic port cities are faced with problems regarding the integrated and rational management of port areas and infrastructures. They are also responsible, together with various others according to the cities, for coastal management, marine safety and protection, the knowledge and preservation of the marine environment and the coast, the management of maritime and industrial hazards, the fight against maritime pollution, the naval concept, construction and maintenance including the dismantling of ships, navigation, the exploitation of marine energy resources, and the exploitation and recovery of marine biological sources and the durability of maritime tourism.

Thus, the WG has identified the Atlantic Maritime Strategy as an unique opportunity to overcome the challenges faced by Atlantic Port Cities. Hence, Atlantic coastal territories and port cities are, by nature, open to the world and gateway of the European Union. At the time of globalization, it is a discriminating asset rebalancing a relative eccentric situation in a strictly continental approach. Promoting the port becomes an important factor of attractiveness and development. In the current context of globalization of trade (90% by sea), the Atlantic façade is lagging behind its partners in the North of Europe, without referring to the ports of Asia or North America. Obviously, it results that there may not be a European strategy of sustainable development on the Atlantic Arc without efficient port cities, which cooperate between them and that participate in the development of the hinterland.

The Atlantic strategy must also position itself on two strategic axes:

This ideas were melt in the Declaration of the Ports WG approved in the General Assembly of Brest.

Moreover, the works of this group have had an interesting side-effect, ports themselves became interested on membership at CAAC. Hopefully, it is perfectly possible for ports to join, as observer members. As the articles of association of CAAC read in article 3.4: The following may be admitted as observers: bodies or institutions located in the Atlantic cities that wish to be involved in the work of the Conference’s commissions and working groups.

From CAAC we consider that ports are major actors for development and therefore should be taken into account in EU policies as full stakeholders.